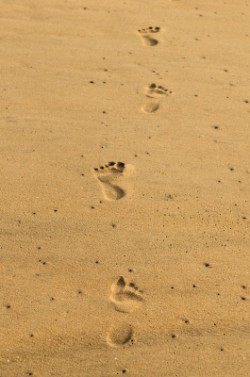 When I was writing the “forgiveness” article,  an area that kept coming up for me – because it was brought up in the Support Group call – became a significant piece in the ‘forgiveness’ process. This is related to our arrogance around ‘forgiveness’. When we have a belief that ‘forgiveness’ is necessary for a situation or a person it is because we have a judgment of a right and a wrong occurring with this situation or person. This is a huge issue for many of us – myself included – because we have judged something as right or wrong and this judgment is just our perception. Let me explain how I became aware of a lingering issue related to arrogance and ‘forgiveness’ from a recent experience.

This was something I needed to see and curiously I saw it while watching a TV series. I realized how tense I was becoming while watching. And I noticed that the tension was around ‘betrayal’. Betrayal has been a theme in my life and it tends to bring up a great deal of anger in me and that means of course I have not forgiven those who I have perceived to have betrayed me.

Since last month’s theme was about perceptions (read last month’s blog) I know that my perception of betrayal is skewed. From my personal history, because I felt I needed to take the ‘higher road’ and forgive – knowing how important forgiveness is – I thought I had forgiven many times. However, due to my reaction to the portrayal of betrayal in the television series it was obvious to me that I still didn’t feel safe, that I still was feeling the sense of betrayal.

By so-called ‘taking the higher road’ I thought I had forgiven the other person. I saw myself as ‘right’ and had gone through the steps of forgiveness but, of course, this really was arrogance on my part because I had judged – and continued to judge – the other person or situation as being wrong.

Because I still didn’t feel safe in certain situations related to betrayal I knew that my gut brain had not completed the forgiveness process. From my training in mBraining I knew that we don’t fully forgive if we don’t do this from the Gut Brain. And since the Gut is about feeling safe and protecting us, if we don’t feel safe, we haven’t fully forgiven.  The sensing of not feeling safe became more evident while watching the TV series: as I experienced betrayal in the story I was getting very tense. Clearly I hadn’t ‘let-go’ of the perceived betrayals in my own “story”!

In the past I believed that I had forgiven others who I perceived had ‘betrayed’ me. I knew that this was through a mental process and that is completely ineffective. I had been aware of the heart for years now and how to bring the process into the heart. By using the mental and heart approach (of compassion) only, I had actually denied forgiveness through believing I had done the “right” thing or that I was taking the ‘higher road’. To me the process came from an open, heart felt place, however, because I didn’t feel safe in my recent watching of the television show I learned that I hadn’t fully forgiven those who had betrayed me in the past. The forgiveness had never come from the Gut or from a place of feeling safe. And it was through my arrogance that I thought I was still ‘right’, that I had taken the ‘higher road’, and I justified it so that it made me feel freer. But it wasn’t forgiveness.

As soon as we judge something as ‘right or wrong’, ‘good or bad’, it’s arrogance because we judge and we feel we KNOW what is going on. We’ll never know. And it’s arrogance to believe we will. We’ll never truly know the bigger picture. God / the Universe / our Higher Self has a plan (it’s always to grow towards love) but from our filters, our beliefs, our experiences it’s impossible to see the truth!

That sense of feeling ‘right’ is part of judgment and judgment is a sign of arrogance. So really, after all of this, I don’t need to forgive others because it is just my ‘perceptions’ that have labeled them as ‘wrong’ for whatever they did. And it was just my perceptions that have labeled me as ‘right’ and my ‘perception’ that the belief that taking the high road and being gracious enough to give them forgiveness was also forgiveness! The belief that I am ‘right’ is arrogance! And THAT impedes forgiveness or any healing.

To let go is to forgive!

How about you? What can you do? Let go! Let go of the judgment and the arrogance behind the need to feel ‘right’ in the midst of ‘perceiving’ to have been ‘wronged’. Let go. There is no need to hold on to the belief that you have to be ‘right’ and the other ‘wrong’. This is judgment. This is arrogance. Just let go. Let go.