News for the Heart: Tom Paladino on Scalar Energy 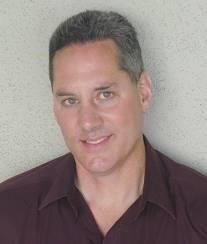 Laurie Huston from News for the Heart, has interviewed Tom Paladino on Scalar Energy. We discussed the difference between Scalar and Electromagnetic energy, what Scalar energy is and how Tom can change the world with this clean energy, removing all pathogens (viruses, bacteria, parasites or other microorganisms that can cause disease), offering nutrient therapy and clearing our chakras or meridians, by assisting us to return to Zero Point or perfect alignment. Join us for this fascinating discussion that can help you change your life. We’re Getting to the Heart of what Matters!

Tom Paladino’s research and work with the scalar energy, began during his undergraduate years. He was inspired by various scientists, i.e., Hieronymus, Moray, Priore’ and especially Nikola Tesla, as to the existence of an energy that is not of the electromagnetic spectrum. With this inspiration, he pursued a course of independent study in order to better understand and subsequently harness scalar energy.

Scalar energy is also known as prana, chi, radiant energy, zero point energy, qi, orgone, eloptic. After years of experimentation and modification, Tom Paladino has developed a technique using scalar energy that will transmute pathogens quickly and painlessly. This technique facilitates the use of photographs of people who desire to have pathogens transmuted in their bodies.

Scalar energy operates at the quantum level and is capable of disassembling pathogens such as virus, bacteria, parasite, protozoal, amoeba, prion, thus eliminating the causative agent of disease. Once the causative agent of a pathogen disease has been eliminated the symptoms associated with that infection decrease or disappear altogether.