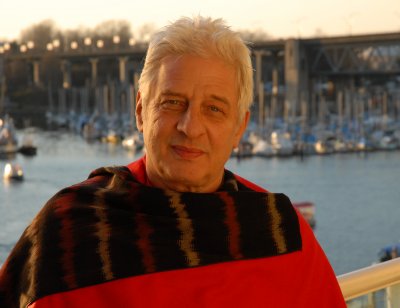 My Co-host Paraic Donoghue and I talk to Stuart about his newest book Grace, Gaia and the End of Days as well as The Art of Redemption.

Stuart Wilde is considered by many the greatest living metaphysicians in the world today, many of the most famous New Age, New Thought writers and teachers have privately studied with him, or they have been greatly influenced by his work.

In 2001 Wilde discovered the Morph phenomenon, a process by which physical reality goes transparent and soapy-looking and humans dematerialize.

Watching the transcendental nature of Morph for eight years he gradually wrote out in details the topography and exact nature of what is now known as the Aluna, Mirror-Worlds, sometimes referred to as the Spirit Worlds; much of that information has since been verified by many others, who have greatly added to his initial work.

In the 1980s Wilde correctly described the etheric life-field around humans in precise detail. Previously it was known only in vague terms in discussions about the human aura. Wilde wrote out the first of many precise and verifiable etheric exercises and sensations in his book The Quickening (Hay House 1995).

Over the last ten years he has published hundreds of his visions many of which have now come to pass.

He continues to write of his latest discoveries on his Internet sites. (www.StuartWilde.com & StuartWildeblog.com). He has written twenty books, which have sold in the millions and they have been translated into fifteen languages.