News for the Heart: Laurie Huston talks with Amit Goswami 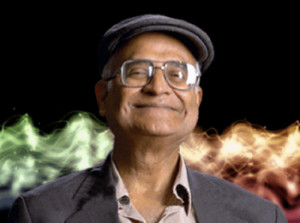 Laurie Huston from News the Heart is talking with Author, Quantum physicist Amit Goswami (known for his role in What the Bleep) on his newest book: The Every Thing Answer Book: How Quantum Science Explains Love, Death, and the Meaning of Life. Goswami’s basic premise is that quantum physics is not only the future of science, but is also the key to understanding consciousness, life, death, God, psychology, and the meaning of life. Quantum physics is an antidote to the moral sterility and mechanistic approach of scientific materialism and is the best and clearest approach to understanding our universe. In short, quantum physics is indeed the theory of everything. This fascinating new book (and our interview) will appeal to a wide array of readers, ranging from those interested in the new physics to those captivated by the spiritual implications of the latest scientific breakthroughs. Join us for this fascinating discussion! We’re Getting to the Heart of what Matters!

Theoretical Quantum Physicist Dr. Amit Goswami is a retired full professor from the University of Oregon’s Department of Physics where he served from 1968 to 1997. He is a pioneer of the new paradigm of science called “science within consciousness,” an idea he explicated in his seminal book, The Self-Aware Universe, where he also solved the quantum measurement problem elucidating the famous observer effect.

Goswami has written several other popular books based on his research on quantum physics and consciousness. In The Visionary Window, he demonstrated how science and spirituality could be integrated. In Physics of the Soul, he developed a theory of survival after death and reincarnation. In The Quantum Doctor, Goswami sought to integrate both conventional and alternative medicine. In Creative Evolution, Goswami presented a resolution between Darwinism and the intelligent design of life. In God is Not Dead, he asserted that not only are science and religion compatible but that quantum physics proves the existence of God. In Quantum Creativity: Think Quantum, Be Creative, Goswami explained all facets of creativity—its definition, the quantum thinking it entails, and what is required to be creative. In Quantum Economics: Unleashing the Power of an Economics of Consciousness, he focused on critical issues for a new paradigm in economics and business for the twenty-first century, touching upon the stability and sustainability of the economy and leadership, as well as creativity and ethics in business.

In his most recent book, The Everything Answer Book (April 2017), Goswami’s basic premise is that quantum physics is not only the future of science, but it is also the key to understanding consciousness, death, God, psychology, and the meaning of life.  In short, quantum physics offers a theory of everything.

In his private life Goswami is a practitioner of spirituality and transformation. He calls himself a quantum activist. He appeared in the film What the Bleep Do We Know!? and its sequel Down the Rabbit Hole as well as the documentaries Dalai Lama Renaissance and the award winning The Quantum Activist.